Brad Hodge to play BBL 05, 06 as player and coach for strikers

Adelaide Strikers have increased the contract agreement with veteran batsman Brad Hodge for the next seasons of KFC Big Bash. Hodge will now be seen playing BBL 05 and BBL 06 for Adelaide Strikers. He will be a part of Strikers camp as a player and as an assistant coach. 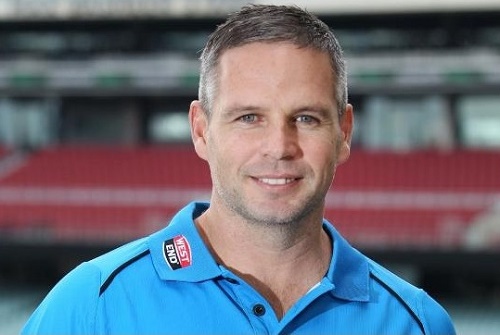 Brad Hodge played just three games in 2014-15 Big Bash season for Adelaide. He is not only associated with BBL but also associated with other top twenty20 leagues like Caribbean Premier League. He has also signed up with Pakistan Super league whose first edition is going to be played in February 2016.

He said, “We’ve got a fairly young group so it’s great to have an experienced player like Brad on board longer term to mentor the group along the way.”

“He is definitely a unique asset for us in that he’s an active player who will also be working very closely with the entire playing group to make sure we’re well prepared for a great season.”