Capricorn Commanders have appointed Paul Collingwood as the skipper for Oxigen Masters Champions League which is set to begin on 28 January, 2016. Former English star led England to 2010 ICC World Twenty20 glory and he’ll be looking forward to do the same for MCL T20 club Capricorn Commanders. 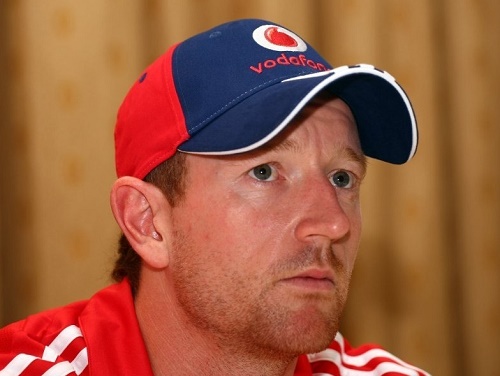 Paul Collingwood played 68 tests, 197 One-Day Internationals and 35 T20Is for England and was a popular player while he used to play for nation. He played some glorious knocks in his career and he is now keen to perform well for Capricorn Commanders. He is desperate to lead the side and make some handy contribution.

He said, “I am excited to be leading the Capricorn Commanders in the first ever MCL. It’s a privilege to lead such esteemed players who I’ve done battle with over the years but now I can say I’m happy to be playing with on the same side and hopefully we can have success at our first attempt.”

Collingwood will be leading the side which is composed of several top cricket legends from respective nations. Australian cricketers Andrew Symonds and Ben Laughlin, Pakistan all-rounder Abdul Razzaq, England’s Michael Vaughan and New Zealand’s Jeetan Patel will be playing under Collingwood’s captaincy. The Capricorn franchise is owned by bollywood actor and director Sohail Khan and a Dubai based tycoon Parvez Khan who was keen to have Paul in the side.

Commanders owner Parvez Khan said, “We could not have chosen a more exciting player; Collingwood is such a great leader on and off the field, and will definitely be a great asset to the team. We are aiming to win and Collingwood is the perfect captain to take us towards that direction.”

Capricorn Commanders are set to play their opening game of tournament against Leo Lions on 29 January in Dubai International Stadium.