A multinational lifestyle firm “Confident Group” will be the official sponsor of Sri Lanka cricket team in ICC Twenty20 World Cup 2016. The company will be having sponsorship for both Sri Lanka men’s and women’s cricket team in wt20 next year. 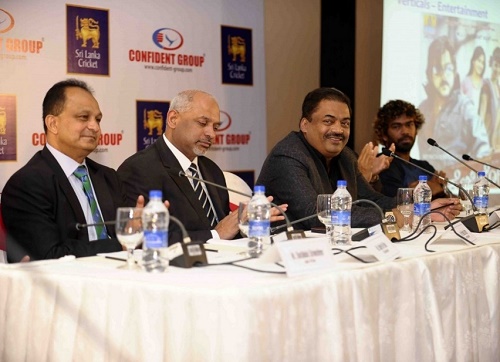 Confident group Founder and Chairman Dr. Roy CJ said, “We are really excited to be sponsoring the World’s Number 1 T20 Cricket team. Today T20 is the most popular format of the game and the highest order of agility, concentration and expert skill of the game is success formula and Sri Lanka team has the best of all. Being part of World number 1 team gives us the exposure and branding for Confident Group which is US 1 Billion Dollar asset based International Conglomerate.”

Sri Lanka is the world number 1 team in T20 international rankings and are the current champions. They won 2014 ICC WT20 in Bangladesh and will be looking to do it again.

SLC Chairman Mr. Sidath Wettimuny is confident that Sri Lanka team can defend the title. He is happy with the association of Confident Group as the Sri Lanka’s sponsor for T20 world cup in India.

He said, “It is indeed a great pleasure for us to join hands with Confident Group as the Team sponsor for Men’s and Women’s teams of Sri Lanka for the upcoming ICC World Twenty 20 2016. I am confident  that our World Champion team will turn out a sterling performance to defend their coveted title in India and give global exposure the product portfolio of Confident  Group. I would also like to thank and congratulate Baseline Ventures for putting together this mutually fruitful partnership. I believe that the Confident Group will continue to  maintain its interest in this island nation with continued partnerships with SLC. I wish Sri Lanka Men’s and Women’s team and Dr. Roy & Confident Group the best of luck during the tournament.”

India to host sixth edition of ICC World T20 next year from 11 March to 3 April. There will be 16 teams participating in the tournament.