England beat Pakistan by 14 runs in 1st T20 at Dubai

England Cricket Team has beaten current world no. 2 T20 team Pakistan in the first 20-20 match of 2015 series. Visitors have defeated Pakistan by 14 runs in the match played at Dubai International Stadium on 26 November. English wicket-keeper batsman Sam Billings was declared player of the match for his brilliant match winning 53 runs in 25 balls. 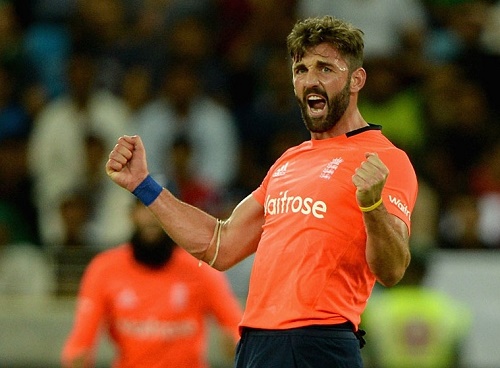 English captain Eoin Morgan won the toss and chose to bat. His decision was completely proven wrong when Pakistan took 3 early wickets in the match. Jason Roy, Alex Hales and Moeen Ali were sent to pavilion till the fourth over of innings and England were struggling at 19 for 3.

James Vince and Eoin Morgan took responsibility and played sensibly to take team’s total past 50 in 9th over. Vince was slightly moving towards his fifty but Wahab Riaz bowled him on 41. England lost 4th wicket on 95 in 14th over.

Captain Eoin Morgan and wicket-keeper batsman Sam Billings started to exploit especially Billings as there were just 6 overs left in the innings. Both batsmen added 65 runs for the 5th wicket partnership that helped England to reach at 160 after the completion of 20 overs. Sam scored brilliant half-century in 25 balls with the help of 2 sixes and 5 fours.

In the chase of 161 runs target whole Pakistan got all out in 20 overs after making just 146 and shortened by 14 runs to the total of England. Bowler Sohail Tanvir was the highest run scorer for Pakistan as he made 25 runs. Reece Topley and Liam Plunkett took 3-3 wickets each.

The second T20 of series will be played on 27 November.