Gujarat government has signed an agreement with Indian Premier League franchise “Gujarat Lions” to promote tourism in the state. This is the first ever occasion when a state govt has associated with an IPL team for co-branding purpose. Gujarat govt has official signed a pact with team owner Mr. Keshav Bansal to become “leading arm sponsor”. 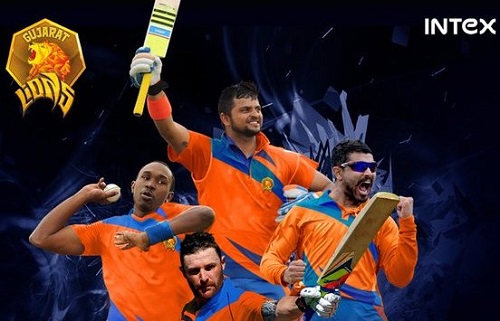 Intex Technologies Director Keshav Bansal said, “We were in discussions with the Gujarat government for a couple of months and two days back we inked the pact. We will be doing a lot of promotional activities through various mediums such as print, social media and radio. Gujarat logo will be seen during all these promotions.”

Gujarat Lions is the newly launched franchise in prestigious IPL tournament. Team is having some top cricketers like Suresh Raina, Brendon McCullum, Dwayne Bravo, Ravindra Jadeja, James Faulkner, Aaron Finch and Dale Steyn. Hence it will be a great exposure too for Gujarat govt when players and franchise promote the tourism through various promotional activities.

“Everyone understands the kind of visibility IPL provides to any brand and how huge is the reach. It will take Gujarat tourism to the next level pan India. We are also in talks with at least two Gujarat-based companies for sponsorships,” Bansal added.

Gujarat Lions will play 5 matches of the league out of 14 in the Rajkot city as per the current Vivo IPL 2016 schedule.