Board of Cricket Control in India is set to announced 15-member squads on 5th February for forthcoming two twenty20 cricket tournaments Asia Cup 2016 and ICC World T20. The national selection committee will be headed by Mr. Sandeep Patil on Friday in New Delhi to finalize the squads. 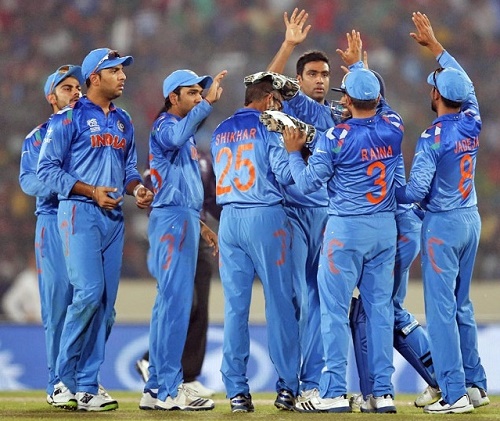 On Wednesday a well BCCI source told PTI, “The meeting has been scheduled on February 5 in Delhi to pick the teams for the Asia Cup and World T20 events.”

The Asia Cup is scheduled to play in Bangladesh from 24 February to 6 March in which a total of 5 teams will compete including hosts. Sri Lanka, Pakistan, India, Bangladesh and one qualifying team from qualifiers will make it through to the main event.

ICC T20 cricket world cup 2016 is the sixth edition of tournament which will be held in India in between 8 March and 3 April. 16 teams to play in the event and hosts India are set to meet Australia, New Zealand, Pakistan and one qualifier from first round of tournament in the super-10 stage of championship.

Before going into these big events, Men in Blue are set to play three twenty20 matches series against Sri Lanka beginning from 9th February. The last T20I of series will be played on 14 February. India are currently no. 1 team in ICC T20 rankings table after they whitewash Australia in their home conditions.

MS Dhoni is set to be named captain of the team and there is no question on that. Rest complete team squad will be revealed on 5 February in Delhi.

Till then keep visiting www.twenty20wiki.com to get more updates about the Indian team and upcoming t20 events.