India and United Arab Emirates cricket teams are scheduled to meet in the 9th match of 2016 Micromax Asia Cup on 3 March at Sher-E-Bangla stadium in Mirpur. India vs UAE live cricket match telecast and streaming will begin at 19:30 local time, 13:30 GMT, 19:00 IST. 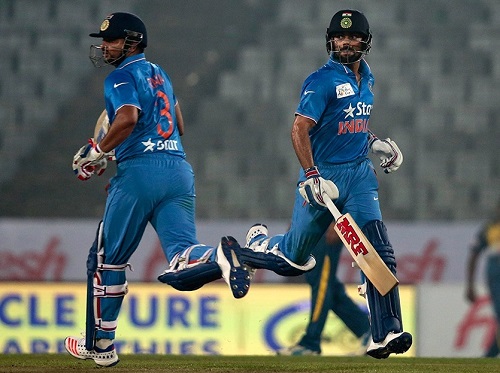 Men in Blue are sensational form and they have won all their first 3 matches in the competition so far. They already reached to the final of Asia Cup and will be looking to perform well in this match. Captain MS Dhoni mentioned in the press conference after beating Sri Lanka that he would be giving chance to other players in the squad who haven’t played for India so far in the series.

Hence we can expect to see Harbhajan Singh, Ajinkya Rahane, Bhuvneshwar Kumar getting a chances to play against United Arab Emirates. Middle order looks getting settled for India slowly as in previous match Yuvraj Singh smacked 35 runs in just 18 balls to show that still he can play such quick firing innings. Bowling has been superb for India and will be troubling to UAE on Wednesday.

UAE side haven’t won single match in the tournament so far but they have been performing good. Bowling has been their strength but they are lacking in the batting. They must be looking to give some trouble to inform Indian team.

Indian team will be favorite to win and they have got 80 percent win chances over UAE team.

Complete list of UAE vs India broadcasters is given below.

To watch the live streaming of UAE vs India match in Asia Cup, you can visit hotstar.com and starsports.com from 7:00 PM IST. Fans living in United Kingdom region, will be able to watch live stream online on yupptv.com.

Latest match updates and live score of India vs UAE t20 match can be taken from espncricinfo.com and cricbuzz.com.