Sixth ICC World Twenty20 championship hosts India are set to play tournament under Mahendra Singh Dhoni’s captaincy who’ll be leading the side for successive 6th time in the history of event since 2007. Team India lift the inaugural T20 world cup trophy back in 2007 and were runners-up in 2014 tournament under MS Dhoni’s leadership. 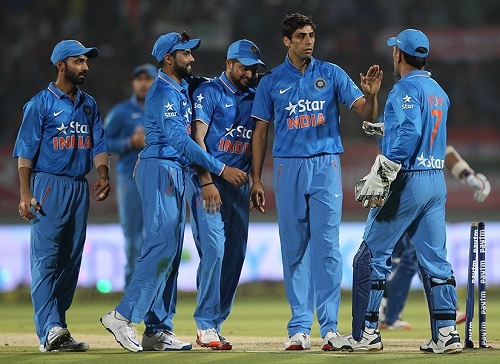 Men in Blue have got their perfect playing 11 for 2016 world twenty20 after winning bilateral T20 series’ win against Australia and Sri Lanka. India‘s batting line-up is settled with Rohit Sharma and Shikhar Dhawan to open the innings whereas vice captain Virat Kohli to bat at number 3.

Suresh Raina, Yuvraj Singh and MS Dhoni will be responsible to score quick firing runs at the end of innings as they’ll bat at the lower-middle order. Ajinkya Rahane could also play some matches if team management thinks but still he doesn’t get fit in the final playing XI.

Jasprit Bumrah and Ashish Nehra will be the front line fast bowlers for men in blue in the competition. Mohammad Shami can also be a part of playing 11 as he has got some good pace. If Shami doesn’t play then all-rounder Hardik Pandya will be the third seam bowling option for team management to consider in 2016 world t20. Ravindra Jadeja and Ravichandran Ashwin will be the spin bowling options for India.

What do you think about this Indian playing line-up in 2016 t20 cricket world cup? Will it be capable enough to win the event?