With a massive win of 144 runs over Gujarat Lions in the previous match, Royal Challengers Bangalore are set to play away match against Kolkata Knight Riders on 16 May. It will be an interesting contest in context of the Vivo IPL 2016 as both teams are fighting to play for qualification in playoffs especially RCB who are 4 points behind from KKR.

The way Virat Kohli and AB De Villiers batted in the last game and scored individual hundreds, seems like Bangalore will be hot favorite in the next match. But the fact is situations and conditions will be totally different at Eden Gardens from Chinnaswamy stadium. Both right-handed players are super heroes and can destroy any bowling line-up in any conditions. 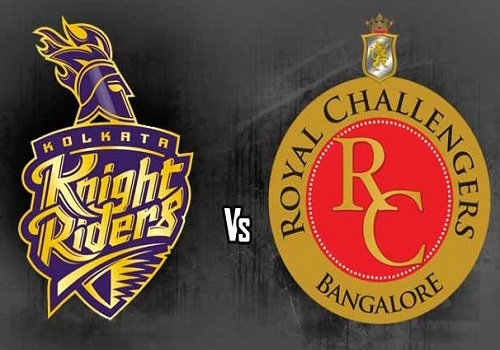 Kolkata Knight Riders have got some tremendous bowlers who can stop these big players on Monday’s crucial battle at Eden Gardens. Sunil Narine, Piyush Chawla, Morne Morkel and Shakib Al Hasan are the key bowlers for Gautam Gambhir to whom he can rely a lot. Yusuf Pathan and Andre Russell to play crucial role in the middle overs too to restrict RCB’s strong batting line-up.

Royal Challengers Bangalore will definitely be looking to see Chris Gayle’s performance. Gayle hasn’t played well in the tournament so far. Eventually this is the worst Indian Premier League season ever for Gayle as he has been failed to even reach into two digit score. Bowling also be a crucial part for Virat Kohli & Company as bowlers haven’t done so great in the tournament apart from last game where Bangalore posted 248 runs massive total.

Score: Kolkata’s Eden Gardens stadium is known to favor batsmen and spin bowlers. With seeing both KKR and RCB squads, we can expect a high scoring match if rain doesn’t interrupt. The projected score on this ground for Kolkata vs Bangalore match is 170.

Win chances: Kolkata Knight Riders have got much better and balanced side than Royal Challengers Bangalore. KKR are always tough when they play at home and will be favorite against RCB on Monday. Kolkata have got 55 percent winning chances over Bangalore.