Lahore Qalandars and Peshawar Zalmi are set to take on each other in the sixth game of HBL Pakistan Super League 2017 on 12 February at Dubai International Stadium. Peshawar Zalmi vs Lahore Qalandars live cricket match telecast and streaming can be watched online on Youtube and PTV Sports from 20:00 local time, 16:00 GMT, 21:30 IST and 21:00 PST. 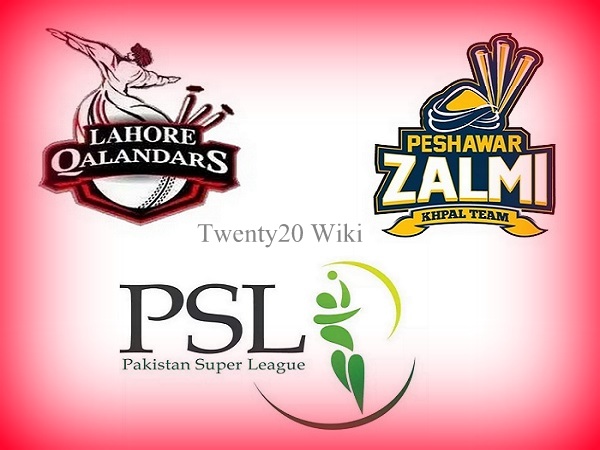 It’s going to be a key match for both Lahore and Peshawar as both teams haven’t got much good results in the opening days of championship. Qalandars haven’t been up to the mark the ways they have players like McCullum, Elliott, Tanvir, Narine, Jason Roy and Umar Akmal. Team needs to play well to register win in the tournament.

On the other side, Zalmis are trying hard to have winning momentum in the season. Darren Sammy, Dilshan, Afridi, Hafeez, Wahab, Morgan and other players have been doing good for the side. Morgan and Hafeez are exceptional for Peshawar in this season.

Peshawar Zalmi looks favorite against Lahore Qalandars in the sixth match of HBL PSL 2017. As per our predictions they have got 55 percent chances over Lahore.

The live cricket streaming of Peshawar vs Lahore can be watched online on cricketgateway.com. GEO Super, TEN Sports and PTV Sports will be broadcasting live match in Pakistan.

The live cricket score of Lahore Qalandars vs Peshawar Zalmi sixth PSL 2017 match will be provided by espncricinfo.com and cricbuzz.com.