England cricket pundits David Lloyd, Bob Willis and Nasser Hussain have picked their own 15-member squad for next year’s ICC world twenty20 in India. England recently defeated Pakistan in three T20I match series by 3-0 and team management used all 15 players in the series. So Nasser, Willis and Lloyd chose their respective squads and one these might be the perfect playing squad in 2016 world t20. 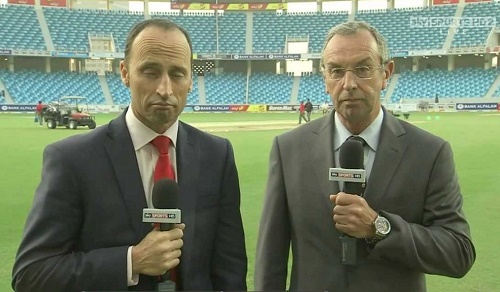 Stuart Broad and Ben Stokes were not the part of English squad that won the series against Pakistan. England will only play two more 20-20 internationals against South Africa in February 2016.

While announcing squad Naseer said, “The key dilemma is whether you need an extra bowler or batsman – do you take Reece Topley or James Taylor? For now I’m going with Topley even though Taylor is a fantastic player of spin and I would love to pick him; I would also have liked the experience of Stuart Broad in such a massive tournament, but Chris Jordan showed with that Super Over that he’s a lad who can do it under pressure.”

“If you look at any of the sides that have won the World T20, they’ve had wicket-taking bowlers and Tymal Mills has that X-factor but there just isn’t room for him.”

Mr. Bob said, “England could pick their XI from a squad of 20 players. James Vince played brilliantly against an experienced Pakistan attack, so he’ll contend very strongly for a place in the middle order. England have most bases covered in the bowling department but they’d probably like a little more pace so Liam Plunkett comes in if Steven Finn isn’t fit.”

“Plunkett is a very useful hard-hitter down the order too and is almost the complete one-day cricketer. I’d like to see him in the five-day format as well. One more thought: whatever happened to Luke Wright?”

David Lloyd said on his team selection, “England will need three spinners at their disposal to get the most out of conditions in India, so Stephen Parry makes the squad. David Willey just gets my vote over Topley, which is a real shame because Topley has been excellent of late.”

“Broad’s a very intelligent bowler and is back in the frame, as are Stokes for his firepower and Plunkett, who has the knack in the shortest format. That means I just can’t get Jordan in. This T20 World Cup comes just too early for Ross Whiteley, who is a real talent.”

England are the one time wt20 champions as they won title in 2010 when defeated arch rivals Australia in the final. 2016 T20 world cup will be hosted in India from 11th March to 3rd April in which 16 teams will be participating.