Maxwell out from 1st T20 against India in Adelaide

Australia’s in-form all-rounder Glenn Maxwell has been knockout from the first twenty20 international match against India on 26 January 2016 at Adelaide Oval. Maxwell is facing lingering hamstring injury, hence won’t be available for the selection in opening T20 game of three match series. 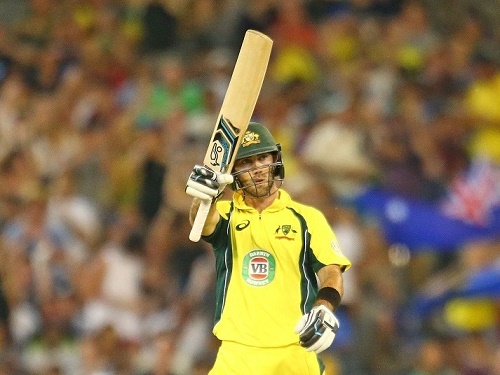 Acting coach Michael Di Venuto told reporters, “He has still got a little slight hamstring niggle so … he will spend a few days in Melbourne at home and join the squad when we get there in a couple of days.”

Travis Head is expected to make his debut for Australia after Maxwell’s unavailability. Obviously Maxi will be available for rest of the two twenty20s and will fly to Melbourne for second match. Australia selected 17-men roster by keeping world t20 in mind and Venuto said that it would be a difficult task for selectors to pick 15 players.

He said, “Obviously there is a big carrot at the end of this with the World Cup team being picked, and you can only pick 15 people so we want to give people opportunities to see what they can do.”

Star Sports will bring the live telecast of Australia vs India T20 series in India and other sub-continent parts. Australia viewers can watch all matches on Channel 10.