Australia is set to host India for three T20 internationals after 5 ODI match series on India’s 2016 tour. The Twenty20 series will be played between 26 and 31 January. Adelaide Oval, Melbourne Cricket Ground and Sydney Cricket Ground to host these matches and all live coverage of Australia vs India 2016 T20 series can be watched online. Several broadcasters will also bring live telecast of 3 games on TV. 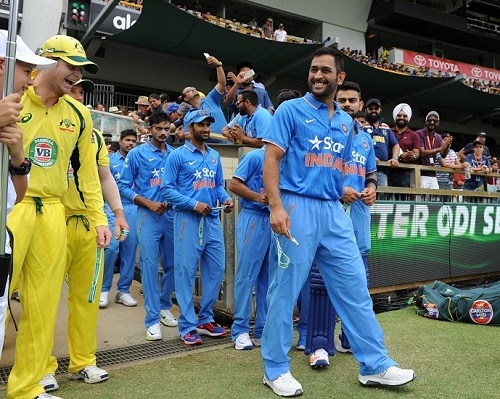 Aaron Finch will be leading the Australian team in the series whereas MS Dhoni will captain Indian side. It will be great opportunity for both the teams to get prepare for ICC World Twenty20 2016 in India. The squads for series are as follows for both teams.

Star Sports is the official broadcaster of Australia home series matches. Hence it will bring all the live coverage of matches on its TV channels Star Sports 1 and Star Sports HD in English. For Hindi commentary you can tune to Star Sports 3 and Star Sports HD. Indian viewers will also be able to catch the live action on DD National/Doordarshan.

Australia based fans and viewers can watch the live telecast on “Channel 9”.

The live streaming of Australia vs India Twenty20 three match series can be watched online on starsports.com or hotstar.com in Indian sub-continent.

The live score of AUS vs IND 2016 T20 series can be taken from espncricinfo.com. The latest match updates and score will also be provided by cricbuzz.com.