2007 ICC World Twenty20 champion player Yuvraj Singh is returned to the Indian 20-20 squad for upcoming series against Australia in January 2016. Indian team will play three T20Is on the tour of Australia along with 5 ODIs. Ashish Nehra is also returning to the Men in Blue’s T20 squad. 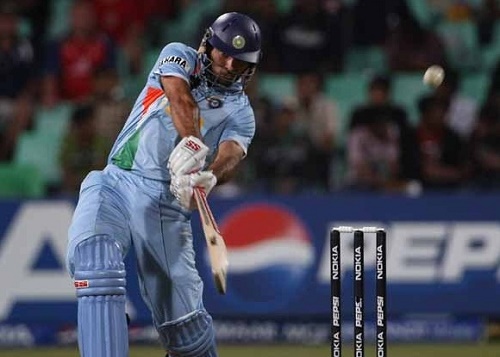 Yuvraj Singh played last T20 international in 2014 when he appeared in ICC World 20-20 final in which he failed to score runs at the crucial time against Sri Lanka. Since then he was out from the team and practicing hard to get into the side. In that final he managed to score just 11 runs in 21 balls he faced.

After the team selection, BCCI selection committee head Mr. Sandip Patil said, “Yuvraj has been special and captain is happy to have him back. We will need experienced players in the T20 WC. Australia tour perfect chance to give them a shot.”

Selectors picked the side by keeping T20 world cup in the mind which is going to be held in India next year. Mr. Patil also believes that experience will be needed in the wt20 squad, hence we are trying players ahead of the championship.

“This Aus tour will give selectors a chance to take a look at other players. Nehra is a consistent performer in T20 format. He will be useful in the team,” he added.

Ravindra Jadeja and Mohammad Shami are also named in the 15-member Indian squad for Australia tour. There was so much hype and rumors that Virat Kohli may replace Dhoni as the captain in the side but today BCCI secretary confirmed that MSD would lead the side till world t20. He said, “MS Dhoni will be captain till T20 WC.”

The first Twenty20 match of series is scheduled to be held on 26 January at the Adelaide Oval. Rest two games will be played on 29 and 31 Jan.