Kiwi All-rounder Todd Astle has been recalled in the New Zealand Twenty20 squad for upcoming series against Pakistan beginning from 15 January. The leg spinner has replaced Ish Sodhi in the 13-man squad for world t20 2016 warm series against Pakistan. Astle will make debut for Blackcaps in limited overs cricket if he gets chance to be a part of playing XI. 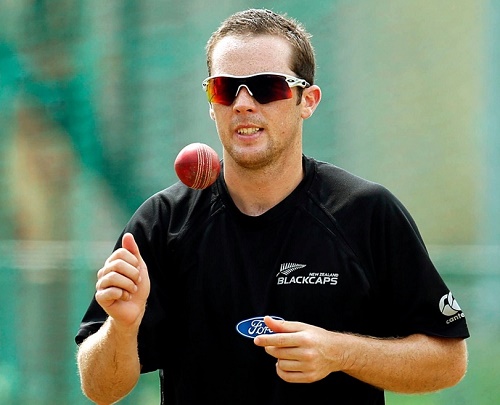 Todd Astle made debut for New Zealand before three years back and played only one test match. Kiwi coach Mike Hesson has mentioned that World T20 will be played in Indian spin friendly conditions, hence we have to work with our spinners as well.

He said, “With the spin-friendly conditions we’re likely to play in during the ICC World Twenty20 in India, it’s important we have all of our bases covered and Todd is certainly an option for us. Astle will get an opportunity to play at some point against Pakistan, in what will be a tough series.”

Batsman Tom Latham is included in the side for the first 2020 match only as premier middle order batsman Ross Taylor has been given rest for first t20.

It will be an interesting contest as New Zealand recently won Twenty20 series against Sri Lanka by 2-0 and will be desperate to beat Pakistan to get some good preparations ahead of ICC World T20 2016. Eden Park in Auckland to host the first T20I of series on 15 January.