New Zealand are set to host Pakistan for three twenty20 international matches series and first T20I of series is scheduled to take place on 15th January at Eden Park in Auckland. The New Zealand vs Pakistan 1st T20 match will begin at 19:00 local time, 6:00 GMT, 11:00 Pakistan Time (PST) and 11:30 IST. 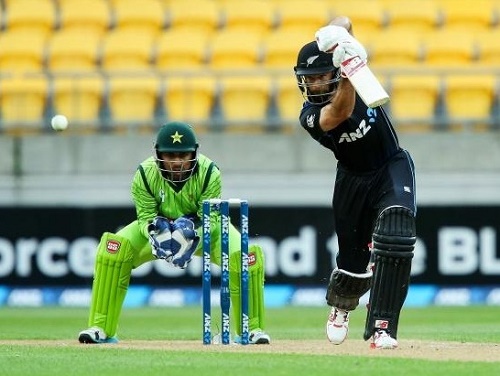 Beating world no.1 Sri Lanka team in a two twenty20 match series, New Zealand cricket team will be full with confidence when they’ll be playing Pakistan in the first T20 match on Friday in Eden Park. It will be a great opportunity for Blackcaps to get some good preparation ahead of world twenty20 2016 against former ICC WT20 champions Pakistan.

New Zealand is in tremendous form and they will surely be strong side between two nations series. Kiwi Captain Kane Williamson and opener Martin Guptill are in sensational form. Both players provided solid and quick firing start in both the T20s against Sri Lanka. These two openers will be looking to do the same against Pakistan.

Who can forget Colin Munro’s T20 record breaking innings for New Zealand in the second twenty20 match against Sri-Lanka. He scored fifty in just 14 balls. So he’ll be dangerous batsman in the Kiwi line-up along with all-rounders Grant Elliott and Corey Anderson. Ross Taylor won’t be available for this first game as he is on rest. Tom Latham will be playing at the place of Taylor.

On the other Pakistan cricket team will be happy to get back Mohammad Amir in the pace bowling attack. Amir who is returning to international cricket after 5 years, can seriously damage the Kiwi batting line-up with his pace and swing. Shahid Afridi will looking to make perfect combination of bowlers with Amir, Wahab and Umar Gul.

Umar Akmal won’t be available for this match as he is facing 1 T20 match ban from PCB. Mohammad Hafeez, Shoaib Malik, Ahmed Shehzad and Sarfraz Ahmed will have to score runs if Pakistan is looking to give tough challenge to Kiwis.

New Zealand will be favorite to win first T20I against Pakistan and as per Twenty20wiki.com‘s predictions, Blackcaps have got 65 percent winning chances.

Sky Sport will be broadcasting live First T20 match between New Zealand and Pakistan on 15 January from 7:00 PM AZN.

Pakistan based viewers will be able to watch the live telecast of NZ vs PAK T20 match on PTV Sports.

TEN Sports to bring the live coverage of match in India from 11:30 AM.

United Kingdom viewers can tune to Sky Sports to catch the live action of T20s.

Willow TV will telecast the match in United States.

The live score and latest cricket match updates will be provided by espncricinfo and cricbuzz.