Having won the 3 twenty20 match series by 2-0, England cricket team will be looking to seal the series by 3-0 score after defeating Pakistan in the final T20I on 30 November. The Pakistan vs England 3rd T20 match has been scheduled to play on Monday at Sharjah which will start at 8:00 PM local time, 4:00 PM GMT, 9:00 PM PKT and 9:30 PM IST. 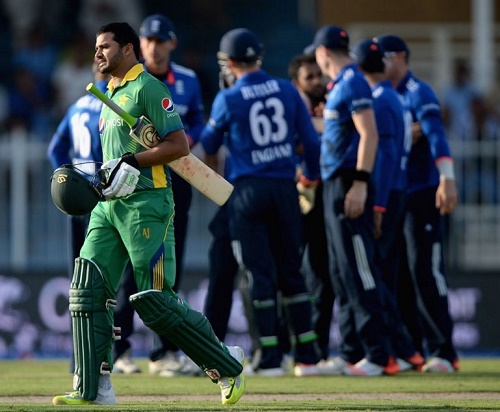 Pakistan have not only lost this twenty20 series but also down to the ICC T20I rankings from second to fourth position. If Men in green fails to win third T20 game it will be 3-0 defeat for them and two more places loss in the world rankings. So Pakistan will be desperate to win the final 20-20 of series.

On the other hand English side will be looking to win the 3rd match to seal the series by 3-0. If they do it, it will be great morale booster for England ahead of 2016 ICC World Twenty20 as they had worst cricket world cup ever in 2015.

Home team has been lacking in the batting area as no top order batsmen is able to score good runs at a decent pace. In the previous match all top four batsmen got brilliant start and made 20-25 runs individually but failed to capitalized on it. Captain Shahid Afridi was sensational in the second t20 as he almost took his team too the finishing line with his quick firing 24 runs inning from 8 balls.

Pakistan cricket fans and viewers can watch the live telecast of third t20 match between England and Pakistan on 30th November from 9:00 PM Pakistan time. PTV Sports and TEN Cricket will air the match live in Pakistan.

UK based England fans and viewers can catch the live action of match on Sky Sports.

India based viewers can tune to TEN Cricket to watch the live broadcast of Pakistan vs England 3rd 20-20 game from Sharjah.

The live score and latest updates of final T20 between Pakistan and England will be provided by espncricinfo.com, pcb.com.pk and ecb.co.uk.