In the 14th match of 2016 twenty20 cricket world cup, Pakistan are set to play Bangladesh in super-10’s group-2 match on 16 March at Eden Gardens in Kolkata. This is one of the biggest game for Men in Green as they were defeated by Bangladesh in Asia Cup match which knocked them out from event.

Pakistan is all set to focus on cricket after coming from lots of speculations whether to play in wt20 or not. They ar having a tough time and group of Death in this sixth edition of world t20 championship. Probably if I say Pakistan is the weakest team Group-2 of Super-10, then nobody would surprise. The fact is Australia, New Zealand and India are already in good form. And qualifying team Bangladesh is playing some extra ordinary cricket these days. 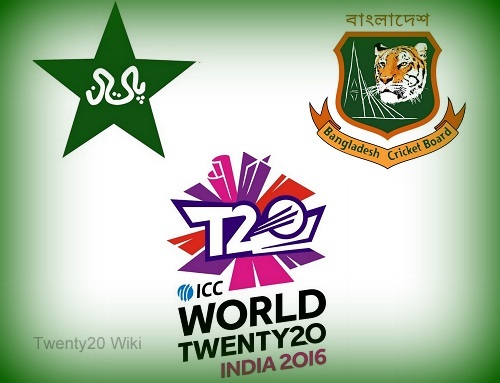 Most probably this is Shahid Afridi’s last chance to win an International Cricket Council event as a skipper. He is not in good form neither as a captain nor as a player. He failed to find some good players and young talent in the Pakistan side over the years. Batting line-up is not in form and just before the start of wt20, selectors made some changes to the line up and bring opener Ahmed Shehzad who can be very crucial for Pak in the event.

Sharjeel Khan, Ahmed Shehzad, Shoaib Malik, Umar Akmal and Sarfraz Ahmed will be key players in the Pakistan team to score runs. It will be interesting to see how they bat on Wednesday against top class and inform bowling line up of Bangladesh. Pakistan’s bowling is superb and will be key for Men in Green’s success in the event. Md. Amir, Wahab Riaz, Mohammad Sami and Mohammad Irfan will be very important for Pakistan to play better.

On the other hand, the Bangladeshi team has been playing phenomenal cricket and are coming to the second round in style by defeating Oman by 54 runs in knockout game. Tamim Iqbal’s brilliant performance and returning to the form before the main matches is good for the tigers. Soumya Sarkar, Sabbir Rahman, Mahmudullah and Shakib are also scoring runs at the good pace. But they have to be careful against strong Pakistan bowling line-up.

As per Twenty20 wiki’s predictions, Bangladesh cricket team will be favorite to win this match and they have got 53 percent winning chances over Pakistan.