Royal Challengers Bangalore have signed up KL Rahul and Parvez Rasool for the ninth edition of Indian Premier League starting from 9 April. KL Rahul made IPL debut for RCB back in 2013 and was a part of Sunrisers Hyderabad in 2015 edition. But now again he’ll be seen playing for Bangalore team. 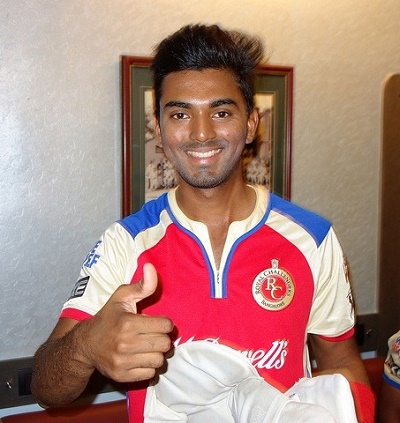 All-rounder Parvez Rasool from Sunrisers Hyderabad has also moved from SRH to Royal Challengers Bangalore. Both Rahul and Rasool will play under the captaincy of India’s test cricket team captain Virat Kohli.

IPL Chairman Mr. Rajiv Shukla said, “The Royal Challengers Bangalore have made strong moves ahead of the season. KL Rahul is one of the talented young batsmen in the Indian circuit while Parveez Rasool is an asset to any team with his all-round abilities. The duo will join a dream line-up at RCB with India’s Test Captain Virat Kohli leading them.”

RCB team owner Mr. Vijay Mallya said, “Given his multiple skills, KL Rahul has a lot to offer RCB in terms of batting and wicket keeping. It’s a good feeling to get a prominent local Karnataka boy back home and in the RCB fold again. Parveez offers us a spinning all rounder option that we were targeting to compliment Chahal and Iqbal. I hope to see him continue his good form in this forthcoming IPL season.”