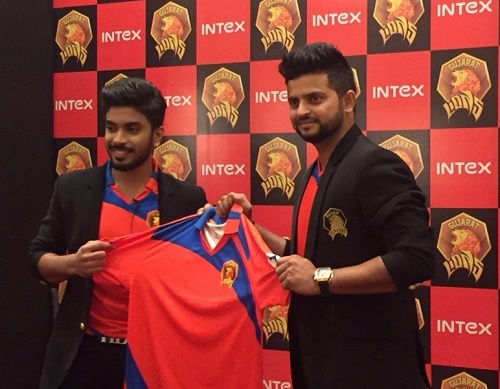 While revealing the jersey, team owner Keshav Bansal said that team would play with full sportsmanship and positivity. The Gujarat Lions jersey is manufactured by keeping this thing in mind and tri color kit will definitely inspire players to perform well and bring positive vibes in the side.

He said, “As the season comes closer, we are very enthusiastic and raring to go. Our aim is to be known as a team with a positive attitude and sportsmanship, and the jersey colors are a true reflection of that positive and daring spirit.”

“I am extremely happy.We have got the best and biggest of the names. They are considered big names because they have been performing well.I think we have got them at the right price and that is something that was extremely important. It’s not about the influence. It is about team strategies and discussions which we have been having for longer time,” Bansal added.

The ninth edition of Indian Premier League will be played from 9 April to 29 May 2016.