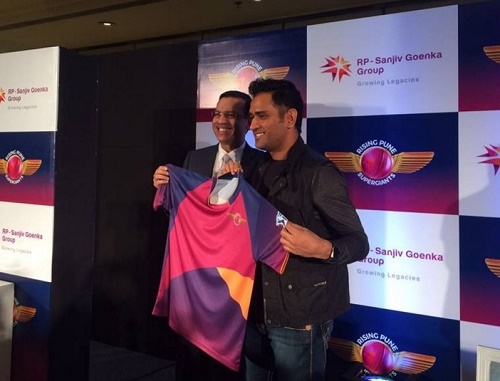 During the team outfit launch event, Pune Supergiants skipper MS Dhoni said that it was great to pick Kevin Pietersen in the side and would strengthen RPSG batting line-up. Former Chennai Super Kings captain also believes that playing 8 IPL editions for CSK was special.

Dhoni said, “It is good to have Pietersen in the team. He is going to bolster our side. I spent eight years with the Super Kings players. They were special and consistent.”

Apart from Mahendra Singh Dhoni and Kevin Pietersen, there are some terrific players like Steve Smith, Ajinkya Rahane are in the Pune Supergiants squad for 2016 Vivo IPL. It will be interesting to see how team perform in their maiden Indian Premier League event.