The 27th game of Hero Caribbean Premier League is scheduled to take place between Jamaica Tallawahs and St. Lucia Zouks on 30 July 2016 at Lauderhill in Florida. Zouks vs Tallawahs live cricket match streaming and online telecast schedules to be aired on Fubo tv from 12:00 local time and 16:00 GMT. 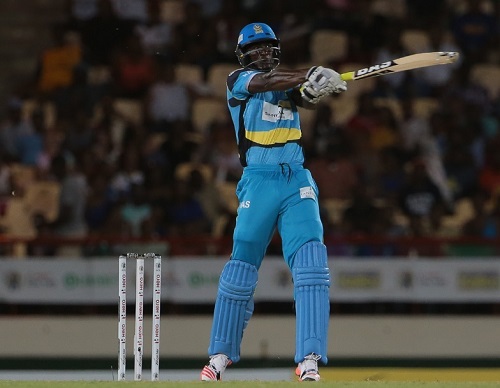 St Lucia Zouks had poor start in the fourth edition of Caribbean Premier League but as tournament progresses they came back in the race of playoffs and now they are just 1 victory away to be a part of knockout stage. Obviously Zouks team‘s faith in the competition will also be depended on other matches result as Barbados Tridents and Trinbago Knight Riders can also make it into playoffs.

Skipper Darren Sammy has played some terrific knocks in the previous games when team played home fixtures at Darren Sammy international cricket stadium. He is the key for team to win and reach to the knockouts. Win against Guyana Amazon Warriors, Barbados Tridents and St Kitts & Nevis Patriots boost St. Lucia Zouks chances to play semifinals.

Shane Watson, Michael Hussey, David Miller and Johnson Charles are the key batsmen for Zouks to score big runs and put pressure on strong Jamaica Tallawahs batting line up which consists Gayle, Sangakkara, Russel and Shakib Al Hasan. Tallawahs scored 195 runs in their last cplt20 fixture and would be looking to bat like that again before heading towards playoffs.

Jamaica Tallawahs look strong and much better side than St Lucia Zouks and as per our predictions, Jamaica has got 70 percent winning chances over Zouks.

The live cricket match score of St Lucia Zouks vs Jamaica Tallawahs cpl t20 2016 match will be provided by cricbuzz.com and espncricinfo.com.