Sydney Sixers to take on Perth Scorchers in the final of KFC BBL 2016-17 on 28 January at WACA Ground from 16:45 local time. Sixers vs Scorchers bbl-06 final live cricket match telecast and online streaming can be watched online on www.cricket.com.au (Australia) and www.starsports.com (India). 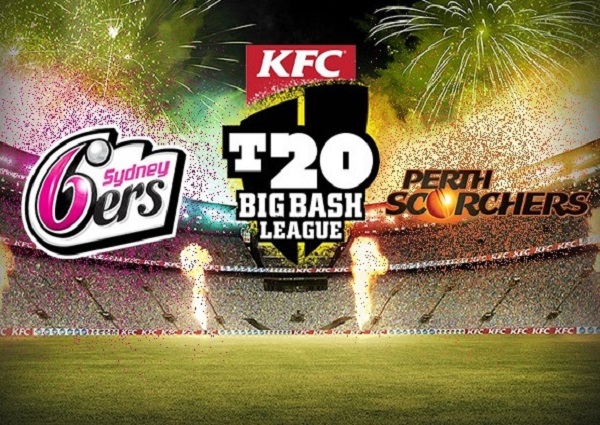 Big Bash 2016-17 final is going to be the biggest BBLT20 final ever as Sydney Sixers and Perth Scorchers are going to meet each other in a bbl final for third time in the history of championship. In the first and fourth seasons of Australian big bash league, these sides met in the final and both sides succeeded to beat each other once in the title decider.

Both Scorchers and Sixers won 5-5 games respectively in the early stage of championship to make into semis. However Perth topped the points table with 10 points and good net run rate.

Big Bash’s most successful team Perth Scorchers will be favorite to win sixth bbl season and as per our predictions they are having 60 percent winning chances over Sydney Sixers in the final of big bash 2016-17.

The live cricket match score of 2016-17 big bash league final between Sixers and Scorchers can be taken from espncricinfo.com, bigbash.com.au and cricbuzz.com.