In the opening match of Hero Caribbean Premier League 2016, title defending champions Trinbago Knight Riders are set to take on St. Lucia Zouks on 29 June. Two top twenty20 cricket players of nation Dwayne Bravo and Darren Sammy to take on each other in the first battle of CPLT20 fourth edition on Wednesday. 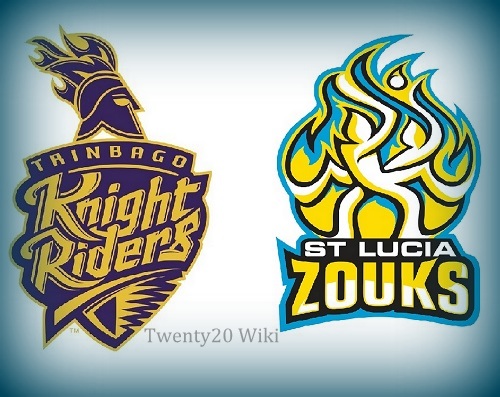 It is going to be a cracker game as two champion captains Bravo won 2015 CPL twenty20 while Sammy won 206 ICC World T20 championship, are set to take on each other. Bravo has been sensational with his batting and bowling performance over the years, especially in T20 cricket format.

There are some terrific overseas cricketers in the Knight Riders side as Hashim Amla, Brendon McCullum, Umar Akmal and Colin Munro to take charge this year. McCullum and Akmal are likely to play today’s match and will be interesting to see how they respond to this Caribbean flavor league.

Darren Bravo, Ramnaresh Sarwan, Sunil Narine, Nikita Miller are some of the key players in Trinbago squad for this match and season. Queen Park Oval’s wicket will be batting paradise and we can hope for a high scoring match between two sides.

St. Lucia Zouks have also got some top players in the side. Morne Morkel, David Miller, Michael Hussey, Grant Elliott and Shane Watson are the top foreign cricketers in the team. Zouks will highly be relying on skipper Samy, Ramdin, Watson, Charles and Fletcher.

Trinbago Knight Riders look quite decent side and balanced team than Zouks. Hence Knight Riders will be favorites to win against St. Lucia Zouks and they have got 60 percent winning chances.