Warner Park Stadium of St. Kitts is all set to host Caribbean Premier League 2016 final match on 7th of August. Honorable Sports Minister Mr. Shawn K. Richards confirmed that St. Kitts and Nevis will be organizing knockout matches for the second time in history of championship. The 4th edition of tournament is scheduled to begin on 29 June at Trinidad and will conclude on 7th of August. 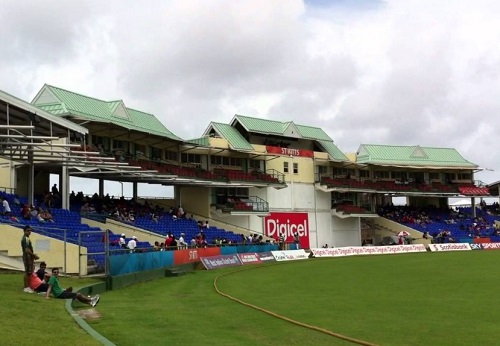 Mr. Richards said, “On behalf of the St. Kitts & Nevis government, I would like to express my delight that the finals of the biggest party in sport will be hosted here, in front of the most passionate fans in the Caribbean. We are truly honoured by this award by CPL and we will endeavour to host the greatest finals to date. I know that we can count on the great support of the people of St. Kitts & Nevis to turn up in huge numbers once more to see some of the greatest cricketing talent in the world.”

Caribbean Premier League CEO Mr. Damien O’Donohoe is happy with the announcement of St Kitts as final and playoffs venue for this season. He is confident that St. Kitts people and cricket lovers will definitely cheer for the home team and is expected to see a lot of number of visitors to the ground. In 2014 CPL, final was hosted on this same venue too.

He said, “After a lengthy process over the last number of months, we are delighted to announce that the finals will be held once more in St. Kitts & Nevis. Warner Park is an iconic and intimate venue and will be a fitting arena for the staging of the Play offs and Final, in what is shaping up to be a hugely exciting tournament. Having hosted the 2014 finals, we know that there will be a strong appetite across St. Kitts & Nevis who will no doubt welcome thousands of supporters from across the Caribbean and beyond during finals week.”

Tourism Minister Mr. Lindsay F.P. Grant said, “The Ministry of Tourism remains committed in establishing a lasting legacy of cricket engrained in the socio-economic development and culture of our federation, as we welcome the Hero 2016 CPL tournament. We look forward to the obvious gains from visitor arrivals, and the marketing and investment promotion of our Federation, through these internationally televised games and the massive influx of cricket loyalists that are intrinsic to the CPL tournament.”

Matches schedule to be hosted at St. Kitts