2015 Caribbean Premier League winner Trinidad and Tobago Red Steel have been replaced in the tournament and now team will be known as T&T Knight Riders in 2016 CPL T20 edition. The Trinidad & Tobago franchise is owned by owners of Kolkata Knight Riders team in IPL. 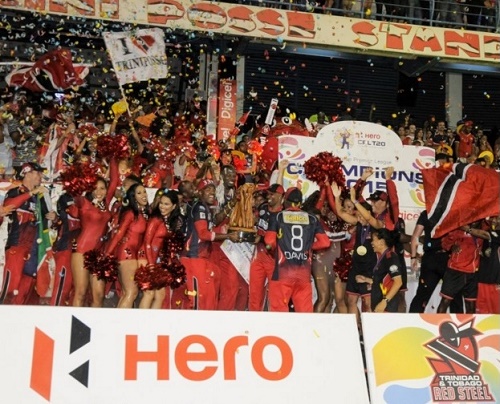 As per reports the T&T owners requested to change the name of franchise team. Shah Rukh Khan, Juhi Chawla and Jay Mehta company Red Chillies Entertainment purchased T&T franchise in Caribbean Premier League last year. As per reports the structure of team won’t be change too much for the 4th edition of CPLT20.

Dwayne Bravo will be associated with the team and as per expectations New Zealand’s Brendon McCullum would be named Trinidad and Tobago Knight Riders’ marquee foreign player. McCullum has been associated with several Twenty20 cricket leagues like IPL, BBL and more. Recently he announced that he would play in Natwest T20 Blast for Middlesex.

Brendon McCullum will get retirement from international cricket in February and will be available to play full tournaments for all the franchises he signs. However the CPL draft for 2016 edition will take place on 11 February at the Hilton Barbados.