Sydner Thunder batsman Usman Khawaja has smashed hundred in the first semi-final of 2015-16 Big Bash tournament to lead his team towards the BBL final for the first time in competition’s history. Khawaja made 104 runs in 59 balls to confirm Thunder’s seat in BBL|05 final which is scheduled to play on 24 January. For his match winning innings, Khawaja was named “Man of The Match”. 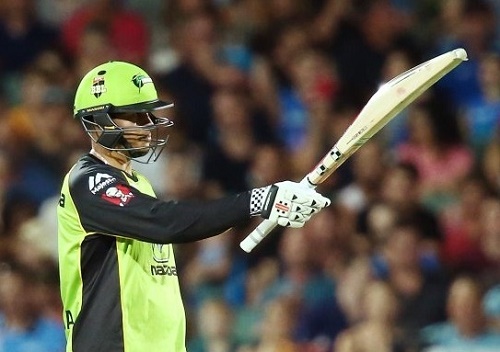 It will be first occasion for Sydney Thunder when they’ll be playing Big Bash final. Team will face either Melbourne Stars or Perth Scorchers in the final match.

It was really a big upset for Adelaide Strikers who were at the top position in BBL points table with 7 wins in the group stage. But team failed to register win in the knockout semi-final match.

For Adelaide Strikers the day was not in their favor apart from winning the toss. They won toss and chose to bat but openers returned to pavilion early. Adelaide lost openers Ludeman and Jayawardene were dismissed in the third over when team was at 11.

After this middle order batsmen tried hard to make score but no-one had enough power to go after Thunder’s bowling. Alex Ross was the highest run scorer for Strikers who made 47 in 38 balls. Adelaide managed to put 159 runs on the scoreboard in 20 overs which was fighting total on Adelaide’s pitch. Clint McKay was the most successful bowler for Thunders who took 3 wickets in 4 overs but spent 44 runs.

Sydney Thunder got brilliant start and openers 50 plus runs in the first five overs. Shane Watson was not hitting the bowl properly and left Khawaja alone. Captain Mike Hussey also came to give company to Khawaja but he also failed to score runs. Hussey made just 11 runs before returning to pavilion. On the other hand opener Usman was smashing the ball quite easily.

Henry Nicholls came to bat at 4 and after that Sydney Thunder didn’t loss single wicket. Team registered 8 wickets victory to get into the final. 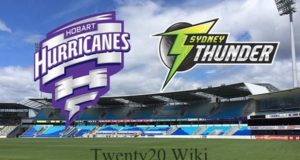 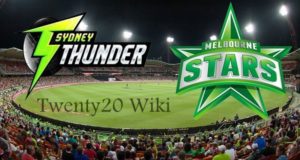 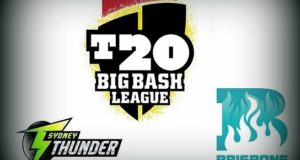