Melbourne Stars have defeated two-time title defending champion Perth Scorchers in the second semi-final of 2015-16 Big Bash league to enter in the final. Kevin Pietersen’s half-century helped Men in Green to reach in BBL|05 final which will be played on 24 January at Melbourne Cricket Ground, Melbourne. For his 62 runs in 36 balls, Pietersen was named Man of The Match. 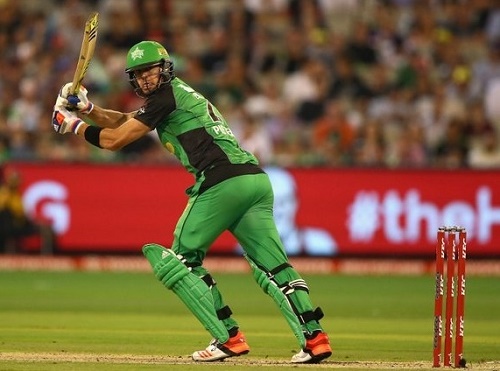 In this crucial knockout match, Melbourne Stars won the toss and chose to bowl first. On this batting track Perth Scorchers managed to put just 139 runs on the scoreboard in 20 overs which were not quite enough against strong batting line-up of Stars.

Captain Adam Voges made 52 runs for Perth Scorchers in the semi-final. Opener Michael Klinger also contributed 44 runs. Aprt from these two, no other batsmen was able to score big and quick runs. Daniel Worrall took 3 wickets in 4 overs for Melbourne Stars to restrict defending champs at 139 in 20 overs.

In the chase of 140, Melbourne Stars reached to target in the 19th over. Opener Marcus Stoinis scored brilliant 44 runs in 41 balls. But the real inning came from former English cricketer Kevin Pietersen who smashed 62 runs in just 36 balls. He hit two sixes and 5 fours.

In the first semi-final, Sydney Thunder beat Adelaide Strikers to qualify for the BBL-05. Melbourne Stars will be facing Sydney Thunder in the final match on 24th January at MCG.