Big Bash league followers and fans never thought of that they would be finding two new teams in BBL|05 final. Yes, this is the first occasion when Melbourne Stars and Sydney Thunder have qualified for the KFC Big bash final. And both teams will be desperate to clinch the title on 24 January in Melbourne Cricket Ground. 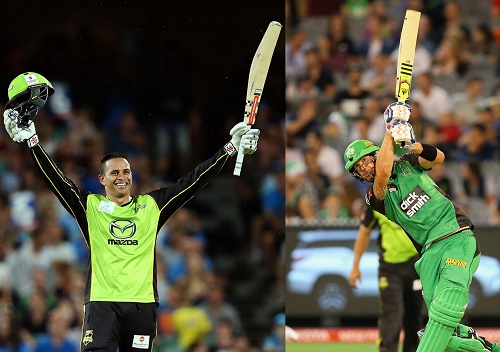 It will be a great contest between these two teams as when last time these 2 met on 20 December 2015 group match. In that match Sydney Thunder defeated Melbourne Stars in a close contest by 1 run. In that match Usman Khawaja smashed century to guide Thunder towards big total. On the other hand Stars batsman Kevin Pietersen also scored 76 runs but failed to take team on winning end.

In the big final of 2015-16 edition, these two players will be key players for respective teams. Both Pietersen and Khawaja are in sensational form, especially Khawaja who scored ton in semi-final against Adelaide Strikers to confirm club’s first appearance in BBL final.

Kevin Pietersen also smashed brilliant 62 runs in 36 balls against Perth scorchers in the semi-final match to lead Melbourne Stars in the Big Bash final. Both sides will hugely be depending on these two in form batsmen. Apart from these two there are some more players like Jacques Kallis, Michael Hussey.

It will be a tough choice to predict between these two teams as both sides are quite similar. Still Melbourne Stars will be favorite to win the BBL|05 final against Sydney Thunder. As per our predictions, Stars have 60 percent winning chances.

Previous: How to watch Australia v India 2016 T20I Live Telecast
Next: India to top T20 rankings if beats Australia by 3-0