Virgo Super Kings is one of the strongest teams for Masters Champions League 2016 and team will be playing under Graeme Smith’s captaincy who led South Africa when used to play international cricket. There are some fantastic players in Team Virgo Super Kings for the first season of MCL 2020. 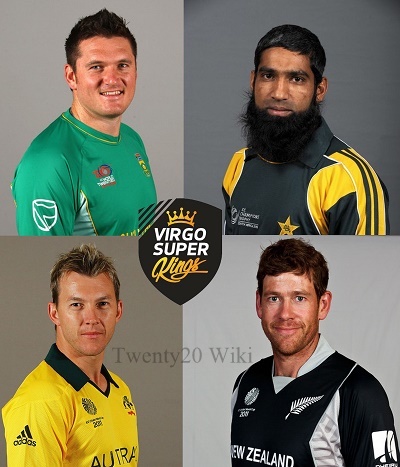 Batting line-up will be led by captain himself. Apart from Smith, Pakistan’s Mohammad Yousuf, South Africa’s Neil Mckenzie and Jonty Rhodes will be the power pack middle order of Super Kings. Along with these stars, there will be all-rounders like Jacob Oram will be batting in the lower order.

There are some great bowlers from top cricket playing nations will be seen playing in MCL 2016 for Virgo Super Kings. Australia’s Brett Lee, Dirk Nannes, Pakistan’s Azhar Mahmood, former Indian spinner Murali Karthik are the crucial part of team in first Masters Champions League. Let’s have a look at the complete squad of Virgo Super Kings for 2016 MCLT20.

Virgo Super Kings to play their first game of Masters Champions League 2016 on 29th January against Sagittarius Strikers in Dubai.