Grand Midwest Sports have prepared a brilliant plan to re-invent the game of cricket as the organization is bringing masters of cricket on the field once again. 90s cricketers who missed the flavor of 20-20 cricket, will now be getting experience of the fastest format of cricket as GM Sports have announced Masters Champions League which will feature legendary cricketers who are no longer be a part of international cricket. 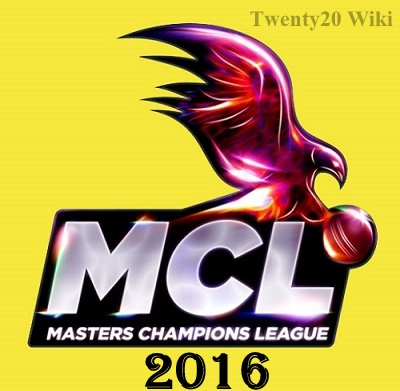 The inaugural season of Masters Champions League will be played in United Arab Emirates from 28 January to 13 February 2016. There will be six teams participating in MCL2020 first edition. Libra Legends, Leo Lions, Capricorn Commanders, Virgo Super Kings, Sagittarius Strikers and Gemini Arabians are the franchise based 6 clubs in the competition.

On 20 December 2015, MCL declared schedule and fixtures. Opening match of 2016 Masters Champions League is scheduled to be played between Libra Legends and Gemini Arabians on 28th January in Dubai. Semi-Finals are scheduled to played on 11 and 12 February whereas Final match will be played on 13th. Dubai International Cricket Stadium will host the knockout matches in MCL 2020 first edition.

Let’s have a look at the complete fixtures and schedule of Masters Champions League 2016.