West Indies and England will be facing each other in the match-14 of 2016 twenty20 world cup on March 16 in Mumbai. This is going to be an exciting game as both teams won their last warm-up matches. England defeated New Zealand whereas West Indies beat Australia in the practice matches to show that they are not behind from any side in the event.

England and West Indies are the former world twenty20 champions as they won championship in 2010 and 2012 respectively. So both teams know how to handle pressure. Eoin Morgan has been leading the side very well and English side has got the players who can go very hard at times. Joe Root, Alex Hales, Eoin Morgan, Ben Stokes and Jos Buttler will be crucial batsmen to score runs against inexperienced bowling attack of West Indies. 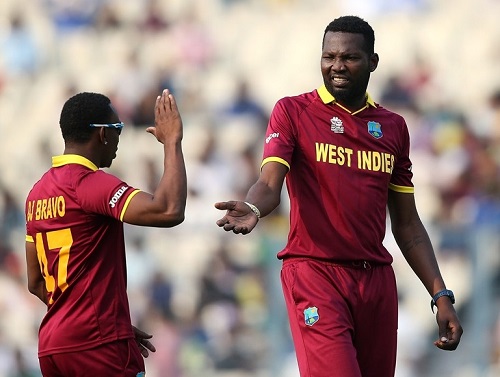 Liam Plunkett, Reece Topley, Moeen Ali and Liam Dawson will be crucial for England side. On the other hand Caribbean team will be highly depending on Chris Gayle, Darren Sammy, Marlon Samuels and Dwayne Bravo. These are experienced guns in West Indies side and can turn the game at any moment single handedly. Evin Lewis, Andre Fletcher and Denesh Ramdin needs to make full out of the opportunity when gets chances in playing XI.

West Indies team will be depending on spinner Sulieman Benn in these Indian conditions which are quite favorable for spinners. Andre Russell also needs to make some handy contribution in the bowling and in the last overs of inning.

As per Twenty20Wiki’s predictions, England will be favorites to win this match and they have got 55 percent winning chances over West Indies.