Pakistan women’s cricket team has beaten Indian women’s in the Group-B match by 2 runs. Rain interrupted the match just after the 16th over of Pakistan’s inning and after that ICC officials stopped the game and it couldn’t ever get started. Hence Duckworth Lewis (D/L) method came to play and Pakistan was ahead by 2 runs after 16 overs. 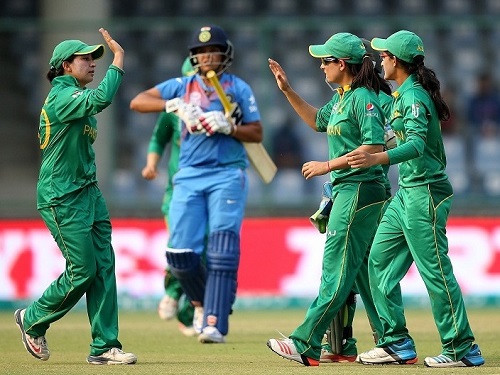 It was really a disappointing performance from India’s batting as in first 10 overs team managed to score just 30 odd runs for the loss of 2 wickets. Pakistani women’s bowled very well and restricted Indian ladies to just 96 runs in 20 overs. Veda Krishnamurthy was the highest run scorer for India as she smashed 24 runs in 19 balls.

In the chase of 97 runs target, Pakistan got brilliant start from top order batsmen as first two wickets added 48 runs in 9 overs. After that all in sudden, Pak women’s lost quick wickets and they were down to 6 wickets on 77 runs score in 16 overs. This was the last over of match as rain interrupted and then no bowl could be happened. Hence Pakistan was announced as the winner of match by 2 runs as per D/L method.

Pakistan’s Anam Amin was named player of the match. 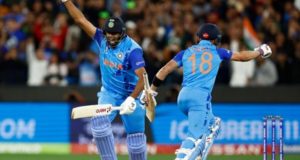