The 7th edition of Big Bash League is all set to go live from 19 December 2017 and cricket fans are exciting to enjoy one more BBL season live on television sets. In this modern era, t20 cricket viewers are more tend to watch live matches telecast online through high-end mobile devices, desktops and laptops.

Australia based cricket fans and viewers will be able to catch live broadcast of 2017-18 Big Bash League on cricket.com.au with latest match updates and live scores. Network TEN will be there to telecast live BBL matches on televisions in Australia. 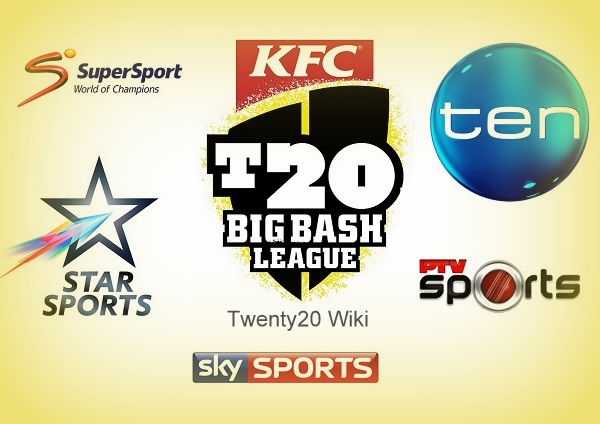 Star Sports will be telecasting live big bash league twenty20 cricket games in India. The brodacaster will also live matches online on starsports.com. Lets have a look at the list of broadcasters for big bash in 2017-18 edition with respective countries and region.

The complete schedule of big bash league 2017-18 matches which will be streamed live.