Sydney Sixers are scheduled to take on Sydney Thunder in the 25th match of 2016-17 KFC Big Bash League on 14 January. Sixers vs Thunder BBL|06 match-25 live broadcast will kick off at 18:10 local time. SCG will be hosting this second derby Sydney mash as both sides met in the opening match of season on 20th December. 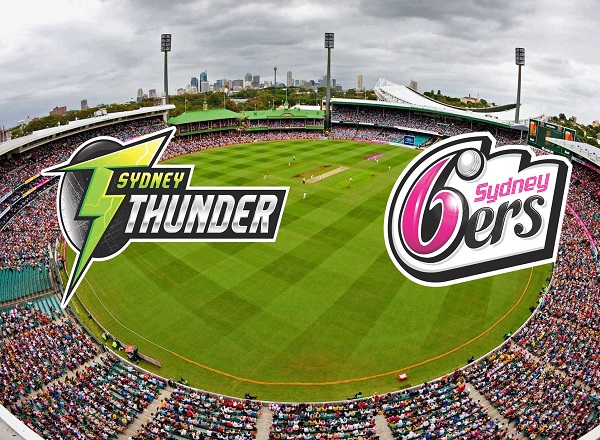 Sydney Thunder are set to play a crucial match in this 2016-17 kfc bbl season as they’ll take on Sixers on Saturday’s first double header match at SCG. Last time when these two sides met, Thunders were trashed by Sixers and lost the game by 9 wickets.

Shane Watson side is struggling and not performing as per the potential of players. Carlos Brathwaite, Watson, Blizzard, Green, McKay are the key players for title defenders Thunder.

Sydney Sixers are upto the mark and looking to get into the close to semi-finals. Sixers have won 4 matches so far and are standing at the third place in the points table. If they gets win against Thunder, Sixers will climb to the top of points table.

Sydney Sixers are looking strong against Thunder and as per our predictions they have got 60 percent winning chances.

The live cricket score of Sydney Thunder vs Sydney Sixers match can be taken from espncricinfo and cricbuzz. We’ll also display live score on this page.