Gujarat Lions are scheduled to take on Delhi Daredevils in the 31st match of Vivo IPL 9 on 3 May, 2016 at Saurashtra Cricket Association Stadium in Rajkot. Guarat Lions have won 6 matches played out of 8 in the tournament so far while Delhi Daredevils have registered 4 wins in the 6 matches.

The last time these two sides met before few days back in Feroz Kotla where GL just managed to win the game by 1 run. Chris Morris showed his class with batting and took game almost away from Gujarat Lions but just fell short by one run. Suresh Raina & Company are in good form and are at the top of points table in 2016 IPL season which is the debuting edition for Gujarat.

Gujarat Lions lost their last match against Kings XI Punjab which was quite annoying for the side. Their bating lack them down in the previous match. Batsmen failed to chase 155 runs target versus KXIP. Raina, McCullum and Smith’s dismissal in the first six overs caused the game to GL which they would not like to repeat on Tuesday against Delhi.

On the other hand, Delhi Daredevils are coming into this match by defeating Kolkata Knight Riders by 27 runs. DD batsmen came from behind and scored 186 runs after losing 2 crucial wickets in the first over. Karun Nair and Sam Billings sensational fifties helped Daredevils to post 186 runs on the scoreboard and then bowlers did fantastic job to restrict KKR batsmen from scoring runs.

Gujarat Lions will be favorites to win and they have got 60 percent winning chances over Delhi Daredevils in the match number 31 of 2016 Indian Premier League. 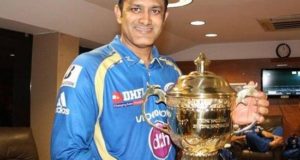