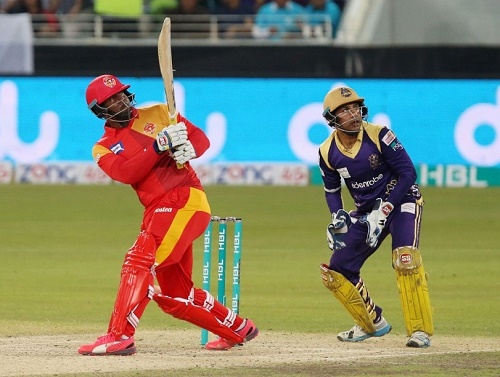 Shehzad and Sangakkara scored their respective fifties to help Quetta Gladiators put 174 runs big target in this pressure situation game. Andre Russell was the most successful bowler for Islamabad United as he took 3 wickets in Quetta innings whereas Mohammad Irfan dismissed two batsmen in PSL 2016 final.

Islamabad United for terrific start in the run chase and openers Dwayne Smith and Sharjeel Khan put 50 plus runs in the first 6 overs of the innings. Sharjeel was dismissed by Nathan McCullum in the sixth over. After this Brad Haddin and Smith played brilliant knocks and took team towards the close to the target. Both added 85 runs for second wicket partnership. Babar dismissed Smith in the 16th over when United’s score was 139.

It was quite late for Gladiators now and Islamabad United successfully chased the target to win the first edition of Pakistan Super League. Dwayne Smith was awarded man of the match for his brilliant match winning 73 runs in 51 balls.

Man of the series: Ravi Bopara