Sri Lanka cricket legend Mahela Jayawardene has signed up with KFC Big Bash League club Adelaide Strikers for 5th BBL season. Sri Lankan legend will be playing at the place of injured West Indies star hitter Kieron Pollard. Jayawardene was a part of t20 world cup winning Sri-Lankan team, hence he could be a vital player for Striker in the season. 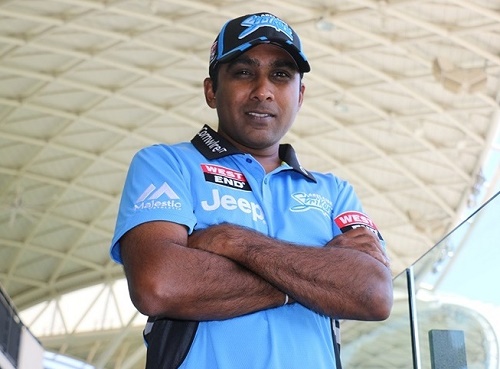 Adelaide Strikers coach Jason Gillespie also believes that Jayawardene will be a key player for club in the chase of first big bash triumph. He said that Mahela is one of the greatest batsmen in cricket world and he would be key for us in the competition.

He said, “Mahela is a champion of the game and is without a doubt one of the greatest batsman to play cricket in the modern era. Having played against him myself I’m fully aware of the type of damage he can do, so it’ll be exciting to have him on our side this time.”

Former Australian pace bowler also mentioned that losing Pollard was really a set back for the side as Caribbean batsman was capable of doing such damage from opposition could never return in the game.

“Losing Pollard was disappointing because he definitely provided our team with extra spark, but Mahela has been in really good form in New Zealand and we’re confident we’ve found a very capable replacement. He’s been in the game for a long time and I think the younger batters in the group will definitely learn a lot having both Mahela and Brad Hodge in the squad,” Gillespie added.

Adelaide Strikers will be playing their opening match of BBL|o5 against Melbourne Stars on 18th December at the Adelaide Oval. Travis Head will be leading the Strikers in 2015-16 Big Bash which will be televised live on Network Ten.