Brisbane Heat has roped in West Indies cricketer Lendl Simmons for the 5th season of KFC T20 Big Bash that schedules to begin from 17 December 2015. Simmons will replace destructive opener Brendon McCullum in the Heat’s squad. New Zealand captain McCullum will miss out the Australia’s t20 cricket summer due to international duties. 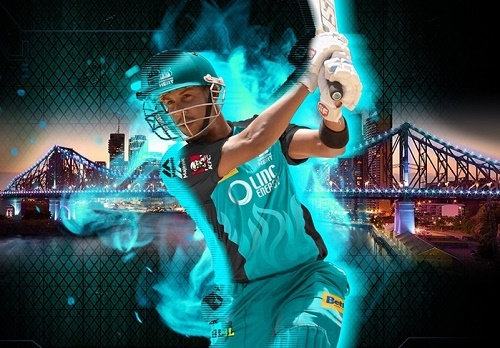 2012-13 Big Bash League champions Brisbane Heat signed 3 contracts with Brendon McCullum but due to New Zealand cricket’s busy schedule, he will not be a part of BBL|05.

Brisbane Heat coach Daniel Vettori said, “Brendon, the Heat and New Zealand Cricket have worked hard at things but in the end, his commitment to the Black Caps is the priority at this time and we accept that. The fans will naturally be disappointed, and we certainly acknowledge that feeling.”

“Brendon signed a three year deal originally and we had hoped circumstances would allow more matches this year than has turned out. I know he was keen to get back to Brisbane again and so we will certainly be looking to achieve that in the future with the remaining two years of his contract,” he added.

Lendl Simmons is a good twenty20 player and he has played some of the great innings due Indian Premier League and Caribbean Premier League for respective clubs. He was a part of IPLT20 winning Mumbai Indians in which he scored more than 500 runs in the season. Daniel Vettori also means that Simmons is a great player of t20 and a perfect match-winning player in the shorter format of the game.

Simmons is an international signing in Brisbane Heat squad and he’ll join his country mate Samuel Badree for the Big Bash 2015-16 edition. Brisbane will play their first match of BBL-05 against Melbourne Renegades on 19 December at The Gabba.

Previous: ICC World T20 2016 is an outside chance for me: Cummins
Next: Lloyd, Willis and Nasser pick England wt20 squad 2016