The inaugural edition of Masters Champions League is starting from 28th January 2016 and top cricketers from around the globe will be participating in the competition. The excitement of watching former players once again on cricket field will be a great experience and you can watch your favorite heroes on televisions again as all T20 cricket action will be aired live on various broadcasting networks. 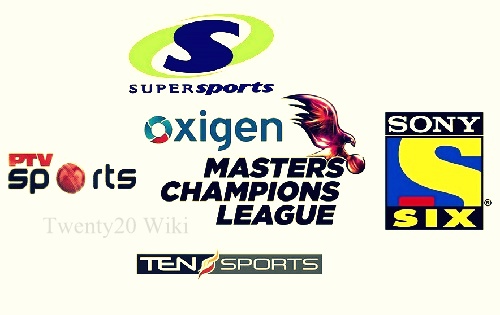 Sony Six business head Mr. Prasanna Krishnan said, “Most fans have grown up watching these International & Indian legends play and the tournament gives them an opportunity to connect with them again. Viewers of Sony SIX can look forward to some great cricketing action and we are excited to partner with the Masters Champions League as a result.”

Cricket fans in Pakistan will be able to watch the live matches on PTV Sports whereas Middle East region based viewers can tune to TEN Sports to catch the live action of Oxigen Masters Champions League 2016. SuperSports is the official broadcaster to air MCL games live in South Africa. On the other hand Caribbean region people can enjoy live telecast of matches on Sportsmax.

MCL Chairman Mr. Zafar Shah said, “To have a noted brand like Ten Sports, PTV, SuperSport and Sportsmax coming on board as our broadcasters in the territories of the Middle East, Pakistan, Sub-Saharan Africa and the Caribbean is a huge fillip for the Oxigen MCL. This will ensure that a wider base of fans will get to see some of cricket’s extraordinary legends in action.”

Mr. Rajesh Sethi who is the Global CEO of TEN Sports Network said, “We are very happy to be associated with the Masters Champions League (MCL) in its inaugural year. The concept and format of the MCL is very interesting and we are confident that the legends will turn up and entertain the packed crowds in the UAE. We believe that being the broadcaster in the host nation will attract a lot of viewer interest and a lot of traction towards our network channels.”

United Kingdom based viewers can tune to Sky Sports to catch the live action of Masters Champions League. The complete list of TV channels for MCL 2016.