Sydney Sixers are scheduled to take on Melbourne Renegades in the match-21 of KFC Big Bash League 2016-17 today at SCG, Sydney from 19:40 local time. The live cricket match telecast of Sixers vs Renegades can be watched on Channel 10 and Stars Sports. 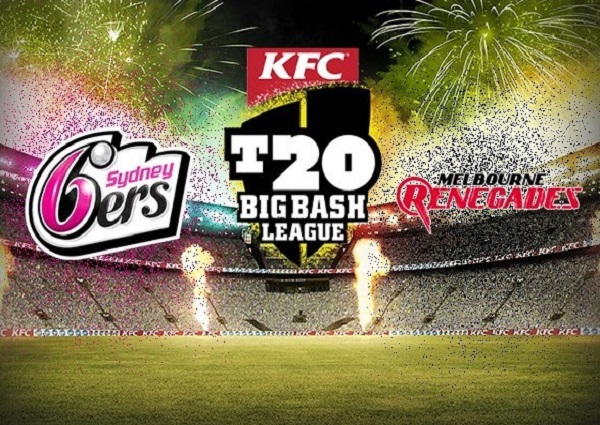 Hosts Sixers have got mixed results in the tournament so far as team won three games meanwhile lost 2 matches played out of five. However the last match against Brisbane Heat, Sixers did well and chased big total of 186 comfortably at the end.

Lumb, Hughes, Henriques, Haddin are the key batsmen in Sixers roster while team is depending a lot on Bollinger, Lyon, Abbott and Botha to restrict opposition from scoring runs.

On the other side Renegades have been struggling in the competition and won just 2 matches. They lost last derby against Stars with a heavy margin of 46 runs. Hence Finch’s side will look to improve the game today and try best to win the game to keep themselves in the race of semi-finals.

Sydney Sixers are looking favorite to win tonight and as per our review, Sixers have got 60% winning chances ove Renegades in the 21st game of big bash.

Espncricinfo, Cricbuzz to provide live score and latest updates of the match.