Umar Akmal in, Imad Wasim out from Pak T20 Squad

Pakistan have included Umar Akmal in the 16-member squad for the upcoming twenty20 series against England in UAE. On the other hand fast bowler Imad Wasim has been ruled out from the series as he failed to recover from the hand injury. 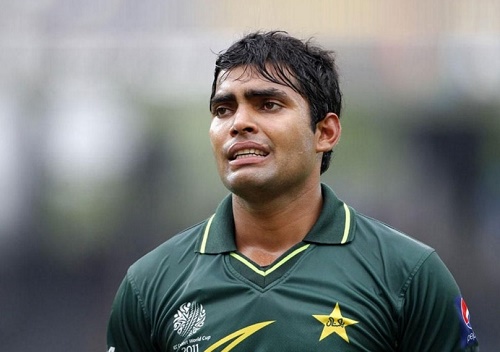 As per sources, PCB named Umar in the team as he was announced as innocent by Hyderabad police. Mr. Sethi said, “We had said before if he is cleared by the police he will be included in the T20 squad.”

“Subsequent to his being cleared by the inquiry initiated by the PCB’s security and vigilance department with regard to media reports of an incident in Hyderabad, Umar (Akmal) has been inducted in the T20 squad against England,” a PCB statement said.

Pakistan Cricket Board chief selector Haroon Rasheed said, “Umar had been part of the original squad picked up by the selection committee, but he was subsequently held back on instructions from the Board, as he had been issued with a show-cause notice for bringing the PCB and Pakistan cricket into disrepute. Now that he has been cleared after an inquiry into the Hyderabad incident, he has been included in the squad.”

Fast bowler Wasim was named in initial squad for the 3 T20Is against England but he was subjected to fitness. He gets failed to prove fitness and ruled out from the series. Bilal Asif is named in the revised squad as he was already mentioned as backup of Imad in the team.

A PCB statement said, “After inspection he was initially advised complete rest for three weeks and another inspection revealed he needs a further week’s rest.”

The revised squad is