Virgo Super Kings are scheduled to take on Sagittarius Strikers in the third match of Oxigen Masters Champions League on 29 January 2016 at Dubai International Cricket Stadium. The match will start at 19:30 local time, 15:30 GMT and 21:00 IST. 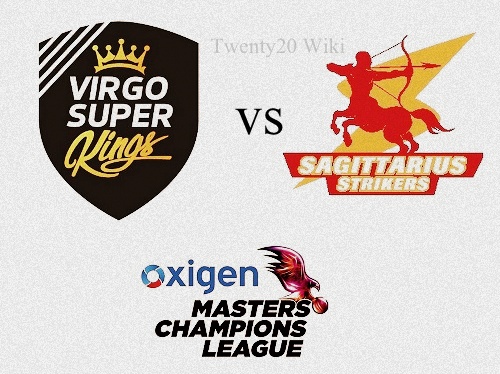 It will be an even contest between Virgo Super Kings and Sagittarius Strikers as both teams are balanced and have got some great cricket players. Graeme Smith is set to lead and open the innings for Super Kings whereas Adam Gilchrist will be leading Strikers.

Middle order of both teams comprise of experienced Asian giants Mohammad Yousuf and Mahela Jayawardene for Virgo Super Kings and Sagittarius Strikers respectively. Neil McKenzie, Jonty Rhodes, Jonathan Trott and Khurram Khan will be playing their part in the middle overs of the match.

There are some sensational bowling stars like Brett Lee, Shane Bond, Daniel Vettori, Dirk Nannes will be seen again in action with their magical delivers to take the wickets. Let’s have a look at the expected playing line-ups for both team for the third match in MCL.

Sagittarius Strikers will be favorite in this 3rd match of MCL 2016 against Virgo Super Kings. As per twenty20wiki.com predictions, they have got 55 percent winning chances.

Pakistan based fans can tune to PTV and Geo Super to watch live Sagittarius vs Virgo match from 8:30 PM as per Pakistan timings.

TEN Sports to broadcast in Middle East whereas Sub-Saharan based viewers can watch the match-3 on SuperSports.

Viewers who are unable to watch match on TV, can visit sonyliv.com to catch the live streaming of match from 9:00 PM IST. This online stream will only be available for Indian sub-continent viewers.

United Kingdom based fans can use Sky Sports digital platforms of network to watch the match live on internet.

The live score of Sagittarius Strikers vs Virgo Super Kings can be taken from espncricinfo.com or cricbuzz.com.