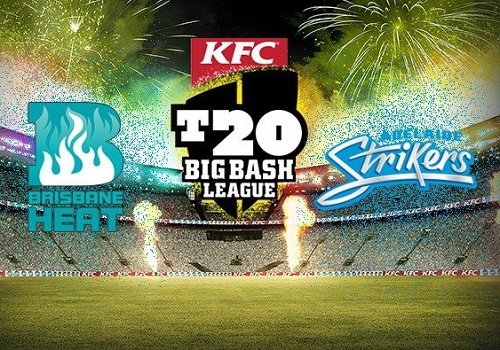 Brisbane Heat and Adelaide Strikers are the two bbl t20 sides who have not performed very well in the previous editions of tournament. However Brisbane succeed to win second season of big bash meanwhile Adelaide is still struggling to make their first appearance in a BBL final.

This year Adelaide Strikers will look to perform well as they are having some terrific players. On Wednesday’s opening game, they are up against Heat. Brad Hodge is all set to lead the team having some amazing twenty20 cricketers. Chris Jordan, Tim Ludeman, Kieron Pollard, Ben Laughlin, Ben Dunk, Kane Richardson and Travis Head are the key players for Strikers.

On the other side, Brisbane Heat will be playing under new captain Brendon McCullum’s leadership. This season, McCullum is available to play all matches and will be crucial for Heat if they make into knockouts. Samuel Badree, Ben Curring, Chris lynn, Alex Ross, Luke Feldman are the key players for Heat in the tournament.

Adelaide Strikers are looking more dangerous side and edge favorites against Brisbane Heat in the second match of big bash 2016-17. As per our predictions, Adelaide to win the match and they have got 55 percent winning chances.

The predicted score on Adelaide Oval’s pitch is 165 runs while team batting first.

The live cricket match score of 2016-17 big bash match between Adelaide Strikers and Brisbane Heat can be taken from cricket.com.au, espncricinfo.com and cricbuzz.com.