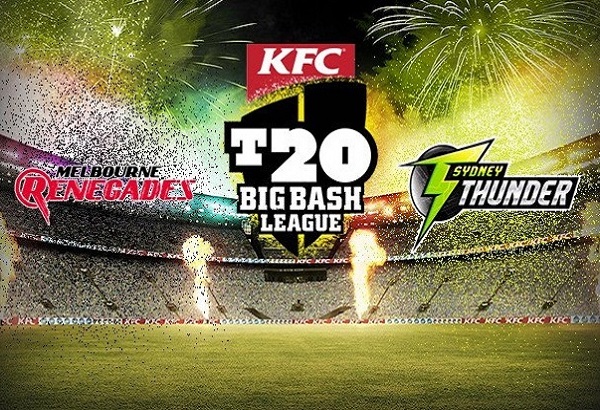 Losing their opening game against Sixers, Sydney Thunder will look to register win in their second game of the season against strong Renegades. Thunder is struggling with the injuries of some key players like Shane Watson. Usman Khawaja is also not available as he is playing for Australian national side. James Pattinson is ruled out from tonight’s match after injury.

Melbourne Renegades look very strong side if we compared with Thunder this season. Skipper Aaron Finch is known for playing some fast and electrifying innings meanwhile Dwayne Bravo is one of the sensational all-rounders in t20 format. Sunil Narine and Brad Hogg pair will be the real weapon for Finch.

Etihad pitch may support spin bowlers in the match as two quality spinners are there in Renegades side. On the other hand, Thunder has also named spinner Arjun Nair in their 13-man roster for this third match of BBL|06.

Melbourne Stars look favorite to win against Thunder and as per our predictions, they have got 60 percent winning chances.

The live cricket match score of Renegades vs Thunder 2016-17 big bash league will be provided by espncricinfo.com and cricbuzz.com.