Sydney Sixers to take on Hobart Hurricanes in the 4th match of KFC Big Bash League 2016-17 on 23 December at Sydney Cricket Ground (SCG) from 18:10 local time. Sixers vs Hurricanes live cricket match telecast will be aired on Ten Channel in Australia and Star Sports to broadcast it in India.

Defeating title defenders Sydney Thunder in the opening match of championship, Sixers are geared up for their next game against Hobart Hurricanes in the home conditions. Skipper Henriques played match winning innings for Sixers against Thunder as he smashed 76 runs in 41 balls. Team will be depending on him along with openers Daniel Hughes and Jason Roy who also made handy contribution in the victory. 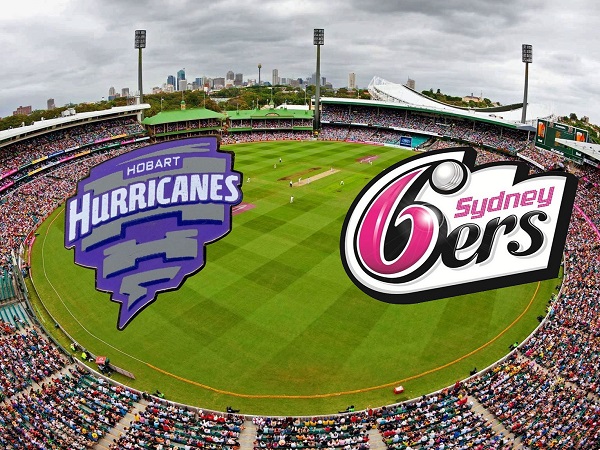 Sean Abbott, Doug Bollinger, Stephen O’Keefe will be again key bowlers for Sydney Sixers to restrict opposition. The fact is this time there is strong batting line-up in front of Sixers as Hurricanes have got Tim Paine, Kumar Sangakkara and George Bailey who can destroy any bowling line-up.

Hurricanes head coach Damien Wright has already said that his team is looking to play well against Sixers who claimed impressive win against Thunder.

Wright said, “The Sixers were impressive last night in their first game (after defeating the Thunder) so we know it’s going to be a tough task heading up to Sydney to play them on their home turf. We are looking forward to linking up with Broady in Sydney and we can’t wait to see what he can offer the side this season. ”

Hobart Hurricanes look more decent and attacking side than Sixers in this fourth match of 2016-17 BBL. Hence they’ll be favorite to win the game and as per our predictions, Hurricanes have got 57 percent winning chances over Sixers.

The live cricket match online telecast will be aired on www.cricket.com.au for this 4th match of 2016-17 big bash season.

Sixers vs Hurricanes live cricket match score will be provided by espncricinfo.com and cricbuzz.com.