Two times big bash league winner, Perth Scorchers are all set to play their opening match of 2016-17 big bash league on 23rd December against Adelaide Strikers at WACA. Scorchers vs Strikers live cricket match has been scheduled to begin at 18:45 local time, 15:45 IST and 10:15 GMT.

Strikers will play as favorite against Perth though Adelaide Strikers lost their first match of this season against Brisbane Heat. The fact is it was high scoring match and Strikers were chasing 206. It was great batting performance from Ben Dunk and Weatherald but team failed to chase the target by 10 runs. 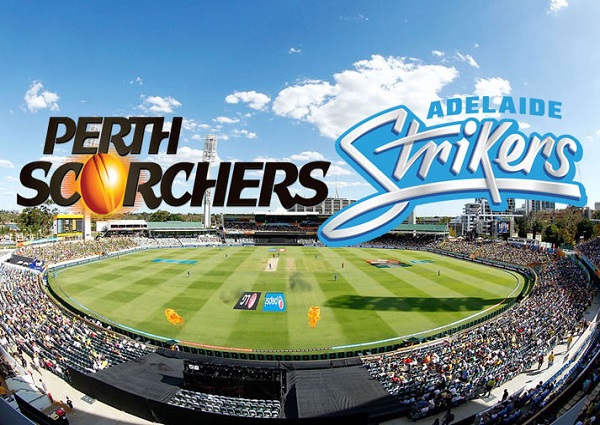 Adam Voges to lead Scorchers in the tournament and this year there is no Brad Hogg who was trump card for Perth in previous editions of BBLT20. Mitchell Johnson will be seen playing throughout the sixth big bash edition as he has already retired from international cricket. Ian Bell, Mitchell Marsh, Michael Klinger are the key batsmen in Scorchers side.

On the other hand, Brad Hodge is capable alone to turn around the game. Openers Dunk and Weatherald have already shown their batting class in the opening match. Travis Head, Hodge and Pollard need to play very well in the middle and lower overs to take Adelaide par score.

Adelaide Strikers will be favorite to win against Perth Scorchers as per our prediction and they have 65 percent winning chances.

Live cricket match streaming of big bash 2016-17 match-5 between Adelaide Strikers and Perth Scorchers can be watched on various broadcasting network in different geographical regions as per info given below.