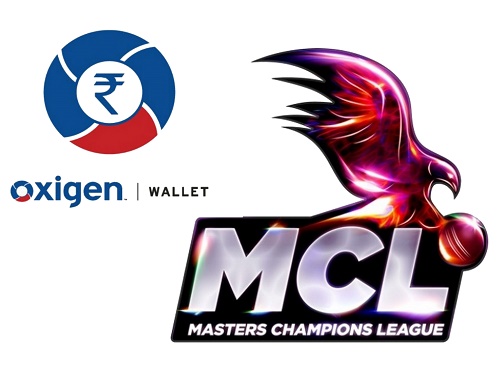 This is one of the biggest deals for Oxigen in recent past as last year they announced India’s great Sachin Tendulkar as the brand ambassador. Company will also sponsor South Africa T20 cricket team that will take participation In ICC World T20 next year. Oxigen services managing director Mr. Pramod Saxena is hopeful that association with MCL will help the company to grow more and get in touch with more people.

He said, “Through MCL, we will get better return on investment and will progressively build a connect with cricket and its fans.” Mr. Saxena also mentioned that company would spend 100 crore rupees in marketing for 2015-16. Oxigen was the official sponsor of Indian Super League team Kerala Blasters FC owned by Sachin Tendulkar.

MCL CEO Miss Zarah Shah said, “We are delighted to have Oxigen joining us as the title sponsor for MCL. MCL will now be called ‘Oxigen MCL’. They are one of the most innovative brands in the world for pioneering the genre of wallet led payments in the online and offline industry. Oxigen as a brand has in a very short span created a niche and legacy in their market. I am sure this will be a long and enriching affiliation for both stakeholders.”

Before few days back MCL announced Sony Pictures Network (SPN) as the official broadcasting partner and all 18 matches of Masters Champions League will be televised on Sony Six. 6 teams comprising of international ex-cricketers will be competing in the event.

The inaugural edition of Masters Champions League is set to kicking off on 28th January with and opening game between Libra Legends and Gemini Arabians. Tournament will conclude on 13th February as the final match takes place at Dubai International Stadium.