Perth Scorchers are set to take on Brisbane Heat in the 17th match of KFC Big Bash League 2016-17 on 5th of January at WACA stadium in Perth. Scorchers vs Heat live cricket match streaming and online telecast can be watched from 16:10 local time, 8:10 GMT and 13:40 IST. 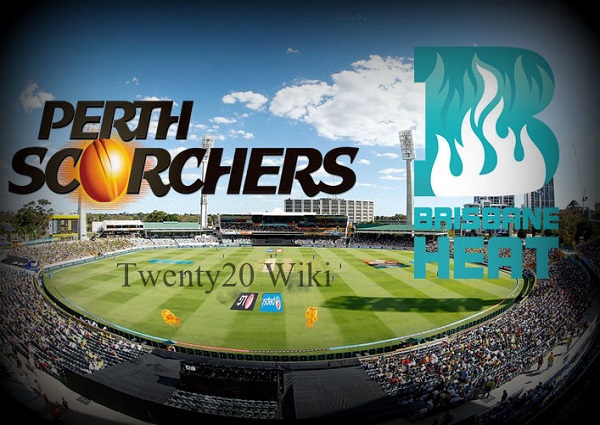 Perth Scorchers bowling has been sensational as well. Willey, Richardson, Johnson and Turner have been bowling good. On the other side Brisbane Heat is no less than any team in the championship. In the leadership of Brendon McCullum, Heat has performed well so far in the league.

Brisbane Heat is currently holds the second position in the points table with three wins in the league. Hence it is cleared that winner of tomorrow’s clash will be on the top of the table. Batting is having some explosive power insight of McCullum, Joe Burns, Pierson and Chris Lynn.

Brisbane Heat are looking favorite against Perth Scorchers in the 17th game of big bash league 2016-17 on Thursday in WACA. As per our predictions, Heat has got 55 percent winning chances over Scorchers.

The live cricket score and latest updates of match-17 in BBL|06 will be provided by espncricinfo.com and cricbuzz.com.