The schedule and fixtures of Asia Cup 2016 has been announced and in the opening match tournament hosts Bangladesh will be taking on India on 24 February. The final match is scheduled to take place on 6 March. Sher-e-Bangla National Cricket Stadium in Dhaka will host all 11 matches of the competition featuring 5 teams in the event. All Asia Cup matches will start at 7:30 local time. 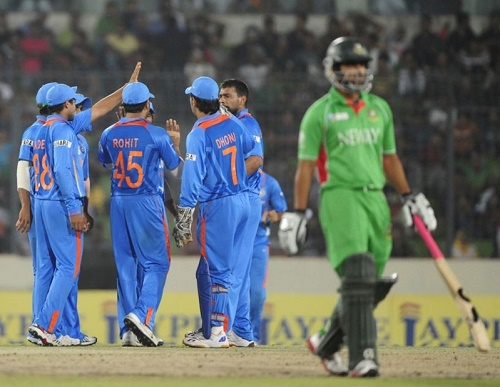 Sri Lanka Cricket Team is the title defending champion in the competition and will play their first game of tournament against qualifying team. The biggest blockbuster match of Twenty20 Asia cup will be on 27th February when arch rivals India and Pakistan are set to face each other in the group stage of event. It will be first occasion after 2015 cricket world cup when these two teams will be up against each other.

Eventually Men in Blue and Men in Green will face off each other two times with in the time period of 3 weeks. After 27 February, they’ll play on 19 March in T20 world cup match. And if both teams succeeds to reach to the final of Asia Cup, it will be their third meet within short span of 20-days.

Oman, Hong Kong, Afghanistan and United Arab Emirates will be playing qualifying round before the start of main event and one team will make it through to the main Asia Cup event. Let’s have a look at the complete fixtures of 2016 Asia Cup.

This is the first occasion when Asia Cup will be played in T20 cricket format following the fact that in March-April there will be ICC World Twenty20 championship in India. Star Sports will broadcast the live matches of Asia Cup 2016 in Indian sub-continent region.